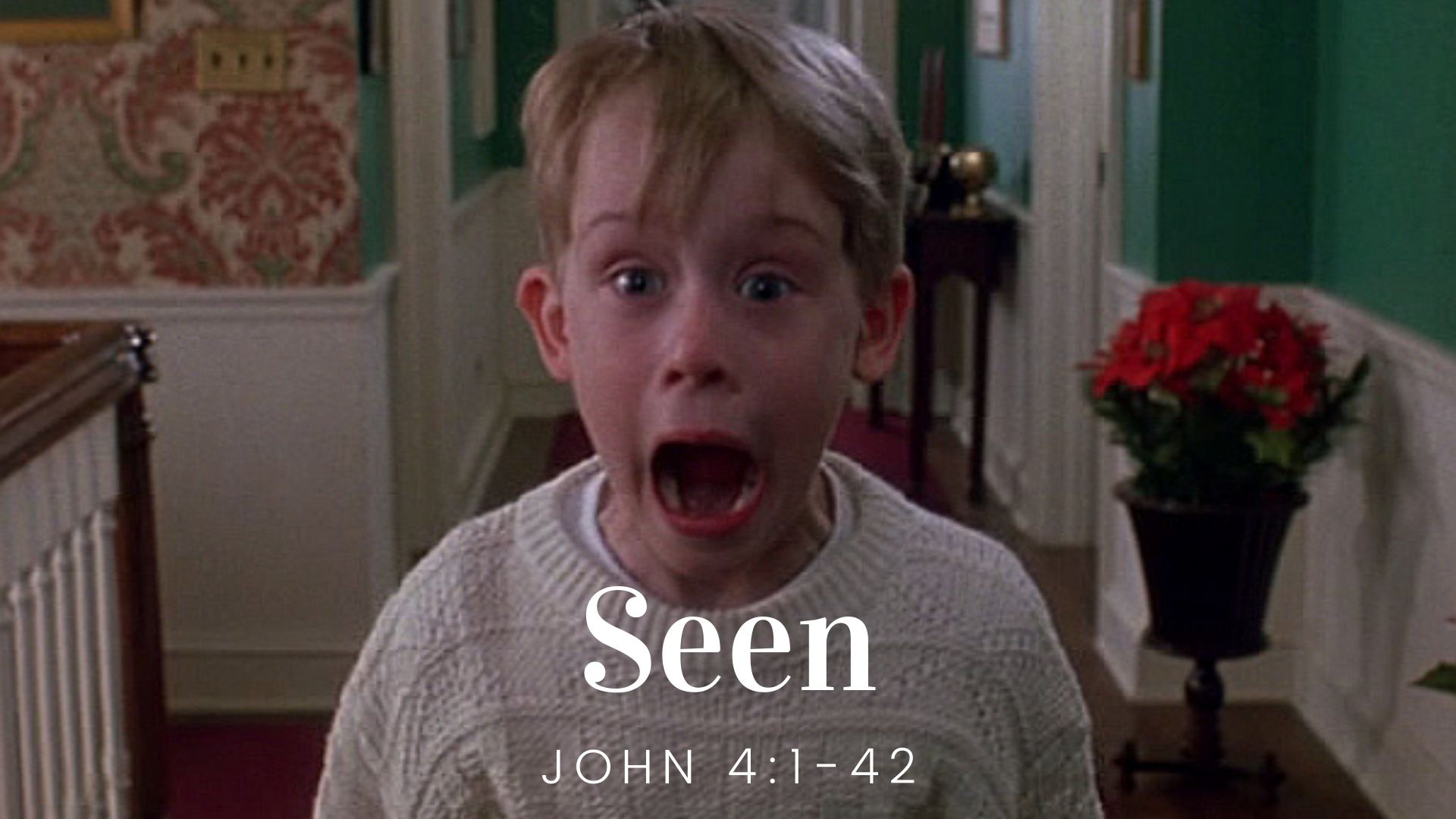 The desire to be seen is within all of us. Jesus talks about the importance of seeing people time and time again but is best witnessed in a story in John 4. The story begins with Jesus traveling through the region of Samaria and stopping in a town called Sychar. By stopping in Sychar, Jesus is already sending a signal that he is doing something different. He is going to see people that are often overlooked by the Jews.

At Sychar, Jesus stops at a well to get a drink of water and encounters a woman. This woman has been coming to the well alone for awhile but this day is different. In her daily attempt to avoid being seen, she meets a man who claims to have living water that offers eternal life. In just a few short exchanges, she realizes that she has met the Messiah.

The text tells us that she drops her water jar and goes into the town to tell others that she has met Jesus. For a moment, consider the magnitude of that. She has been coming to the well alone to avoid being seen but after meeting Jesus she’s not afraid anymore. There is something in the way that he looked at this one. For the first time in a while, she has been seen as someone with meaning, purpose, and value.

The most beautiful part of the story is that because this woman was seen by Jesus, the lives of those around her were changed. John writes that, “Many Samaritans from that town believed in him (Jesus) because of this woman’s testimony.” (John 4:39) Because Jesus decided to travel through Samaria and see this woman as a creation of God, many lives in this community were changed.

It is our call as followers of Christ to see people like this. We must remind our families, friends, and neighbors that they have value and purpose. And when we do this, God will not only work through them but in those they encounter as well.