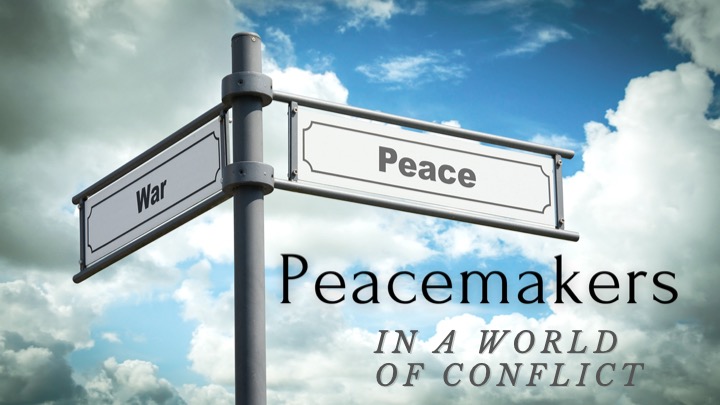 There is a phrase that is repeated multiple times in the OT prophets Jeremiah and Ezekiel: “Peace, peace, but there is no peace.” These prophets were contemporaries, with some of their work overlapping. It was a precarious time for Judah with threats from the outside and moral and social deterioration on the inside. But instead of being honest about the problems, the prophets, priests, and leaders kept trying to insist that everything was ok.

Jeremiah warned that the people were like a crumbling wall, and those that should serve as masons to repair it just choose to slap some paint on it and call it fixed. Ezekiel said that the nation had gaping wounds that needed immediate attention, but the response of some was like the absurd knight in Monty Python’s The Holy Grail who lost every limb and yet continued to claim, “Tis only a flesh wound.”

This is a pattern that can appear a lot in all manner of relationships. Some of the most dangerous problems are the ones that everyone knows are there, but no one talks about, when we pretend there is peace but there is not peace. As damaging as it can be when one spouse has a serious drinking problem, far more damaging is when it’s treated as the unmentionable secret, the elephant in the room that impacts everything, that people talk around, but they refuse to lovingly, honestly, talk about.

In truth there are some problems that are small and inconsequential and if you ignore them, they will go away. But there are plenty that only get worse if ignored. They fester. They build. They metastasize. They explode.
As we continue in our discussion what it means to be peacemakers in a world of conflict, it is truthful to acknowledge that peacemaking is hard. It’s active, not passive. It takes rebuilding and not whitewashing, healing not hiding. My challenge this week is if there is something or someone you’ve avoided that you really need to acknowledge and address, don’t claim peace when there is no peace. Take that step to make peace.