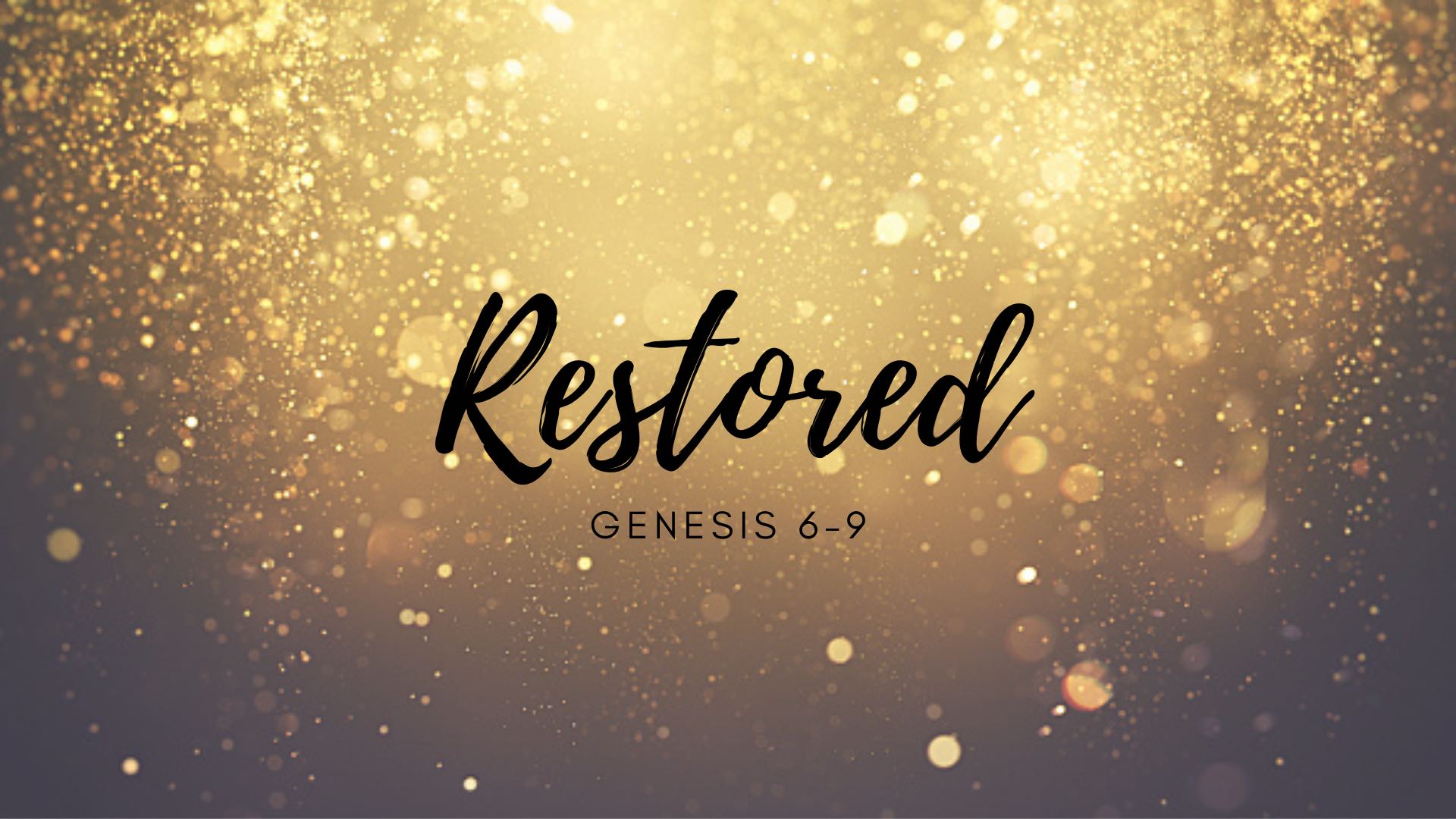 Growing up, I loved watching an animated version of Noah’s Ark that was narrated by James Earl Jones and was scored by Stewart Copeland from The Police (thanks Bil Cash!). The movie does an excellent job communicating the entire story of Noah to a young audience; however, I was just there to see those animals and I did not enjoy the destruction at the beginning of the film. To go straight to the fun part, I would simply fast forward through God’s anger and destruction to get to the cute part of those animals walking two by two into Noah’s Ark.

I certainly didn’t realize it then, but I do now, that fast forwarding through the destruction lessened the impact of the restoration. Yes, the story of Noah’s Ark is a fun story about an animal cruise. But it’s also so much more than that. It’s about God restoring what was broken and using Noah to bring about a new world. In Genesis 6:5, we are told that “every inclination of the thoughts of the human heart was only evil all the time.” Humans had turned away from God and could no longer see their fellow humans as made in the image of God. And because of this, God needed to restore what was broken.

The beautiful thing about the restoration that God wants to bring about in this world is that we are invited to participate in it. When Noah’s 40 days and 40 nights are over, God doesn’t tell Noah, “Well, good job! Now hang out with these animals.” God tells Noah to “Be fruitful and increase in number and fill the earth.” (Genesis 9:1) God is instructing Noah to be a participant in the rebuilding of this broken world. And just like Noah, you and I are invited to bring about restoration in our lives, communities, and church.