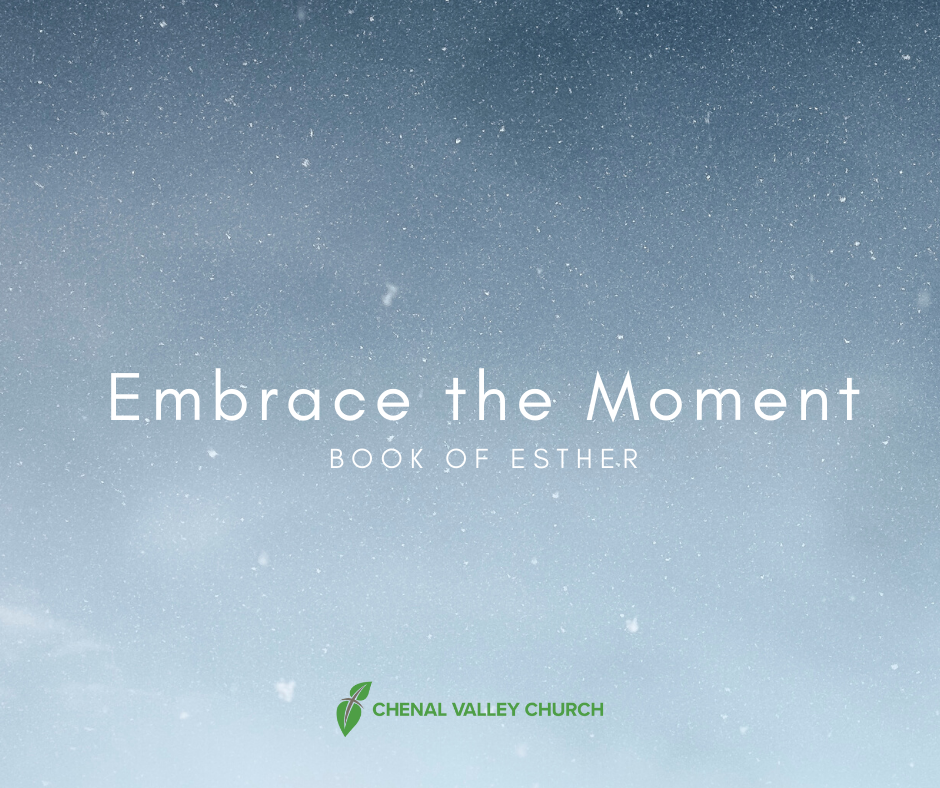 The book of Esther is intended to be read as a comedy. The larger-than-life characters in the story find themselves in unreal but clearly relatable predicaments. The namesake of the book enters in chapter two when she is selected by King Ahasuerus to be Queen Vashti’s replacement. What makes Esther unique in this story is her background; Esther is an orphan. It is likely that for most of her life, Esther has questioned her place and ability to embrace moments that are placed in front of her. Have you ever felt like that? Maybe you’ve felt ill-equipped or unprepared to lean into where God is clearly leading you. I have, and I’m positive that Esther did as well.

The book comes to a head in chapter four when Esther must decide if she can embrace the moment placed before her. Her uncle Mordecai has come to her with crucial information that someone within the King’s cabinet is planning to hurt her people, the Jews. And in this moment, Mordecai challenges her with this powerful statement, “And who knows, perhaps you have attained to royal position for just such a crisis.” (Esther 4:13)

Now, what do the stories of Esther and President Zelenskyy have to do with anything? They present images of individuals who found themselves in life changing moments. How they responded to them not only affected them, but others. Each day, God places moments, opportunities, and people in front of us to respond to. There are times where we may feel unequipped or unprepared, but what God requires of us is to take the first step.