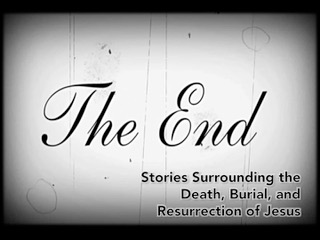 “As the soldiers led [Jesus] away, they seized Simon from Cyrene, who was on his way in from the country, and put the cross on him and made him carry it behind Jesus” (Luke 23:26).

Several elements of this verse are unusual. For one thing, who is this guy? Luke tells us his name and where he is from. Should we know him? Mark’s gospel refers to him as Simon, the father of Alexander and Rufus. OHHHH! Why didn’t you say so?! Who are they? We don’t know.
But something else is odd about Simon being picked out of the crowd. The normal practice was for a condemned man to carry his own cross. So why do soldiers grab Simon and make him carry it? No explanation is given. We can reasonably assume this happened because Jesus was so beaten, bloodied, and exhausted that at some point the load of the 30-40 pound beam strapped to his arms and shoulders becomes too much to bear. But the text doesn’t even tell us that.
The reality is in many ways Simon of Cyrene is just a fascinating footnote of the important events leading up to the crucifixion. Christ bearing the cross is what is central to the gospel. It’s all about the cross of Christ…well mostly. It starts and ends there, but Simon of Cyrene isn’t the first person to be asked to carry a cross. In chapters 9 and 14, Jesus tells the crowds that if they want to be his followers, they too must carry a cross.
And I can’t help but think that Simon serves as an apt metaphor for all of us who claim the Christian faith. In the most literal sense possible, Simon bears the cross of Christ that fateful Friday. But at the moment at least, he’s best described as an unintentional cross carrier.
He didn’t choose it. It was chosen for him. That’s how many of us began our journey of faith. We were born into a country, a region of the country, and families where faith is expected. At some point he, and we, still have to decide that the cross we bore by chance would become a cross we bear by choice.