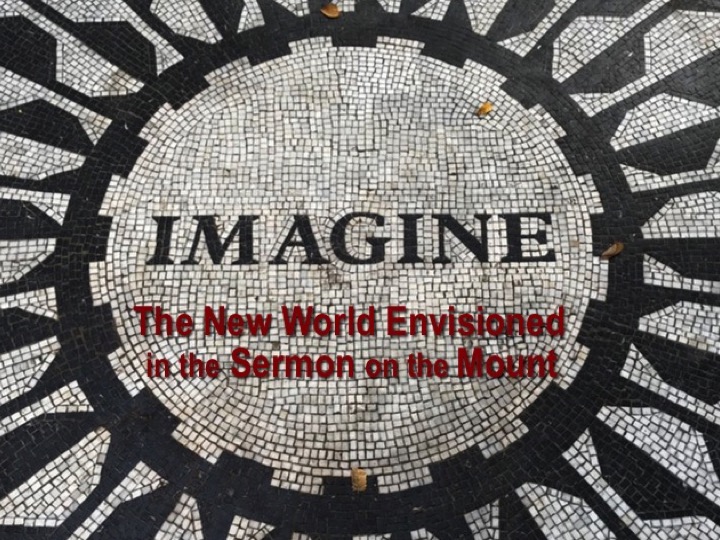 Bryce Kittinger April 25, 2018 Imagine
By the time Jesus preaches his well-known Sermon on the Mount, he’s already been rattling some cages of the religious establishment. In their opinion, he is playing way too fast and loose with the law and prophets. There is no question that what he has been teaching and what he is about to teach in the rest of the sermon differs greatly from what the religious leaders have been teaching. He doesn’t deny that. He says as much over and over. “You have heard that it is said…but I say to you…”
Folks like the religious leaders see no separation between their interpretation and application of scripture and scripture itself. So, when Jesus moves in a different direction, they see him abandoning not just their teaching, but scripture (and ultimately God).
Jesus counters this line of thinking. “Until heaven and earth disappear, not the smallest letter, not the least stroke of a pen, will by any means disappear from the Law until everything is accomplished (Mt. 5:18).” Quite the contrary will happen in fact. Rather than abandon any of it, he plans to fulfill all of it. That is an extraordinary claim, especially considering all of the ways that Jesus, then his apostles, and then the early church deviate from strict interpretation and application of the Torah (Sabbath, dietary restrictions, circumcision, cleanliness codes, the sacrificial system, the role of the temple, etc.)
The point Jesus is making is that the heart of the law is fulfilled in his life and teachings, his death and resurrection. Jesus helps us get to the ultimate point of the law. What’s more, it’s the heart that he’s interested in. Jesus is not interested in legalistic lives that look good on the surface but are empty and corrupt on the inside. For the lives Jesus imagines, for the world Jesus imagines, we have to let God do his work below the surface, beyond pretty veneers. We need to let him change us from the inside out.